Looking to watch Meet the Parents tonight from the UK?

Don't live in one of those countries? No problem. Check out how to Get American Netflix in the UK or any other country worldwide. 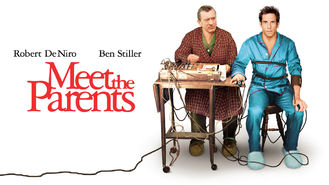 Greg Focker wants to marry his girlfriend, but before he pops the question, he must win over her father, humorless former CIA agent Jack Byrnes. But everything that can go wrong does, all under Jack's critical, hawklike gaze.